Check Out The COVID -19 Protocol

The history of our nation is full of stories of people who fought for freedom, and Peter Spencer and the founding of the Union Church of Africans, is one of those stories. 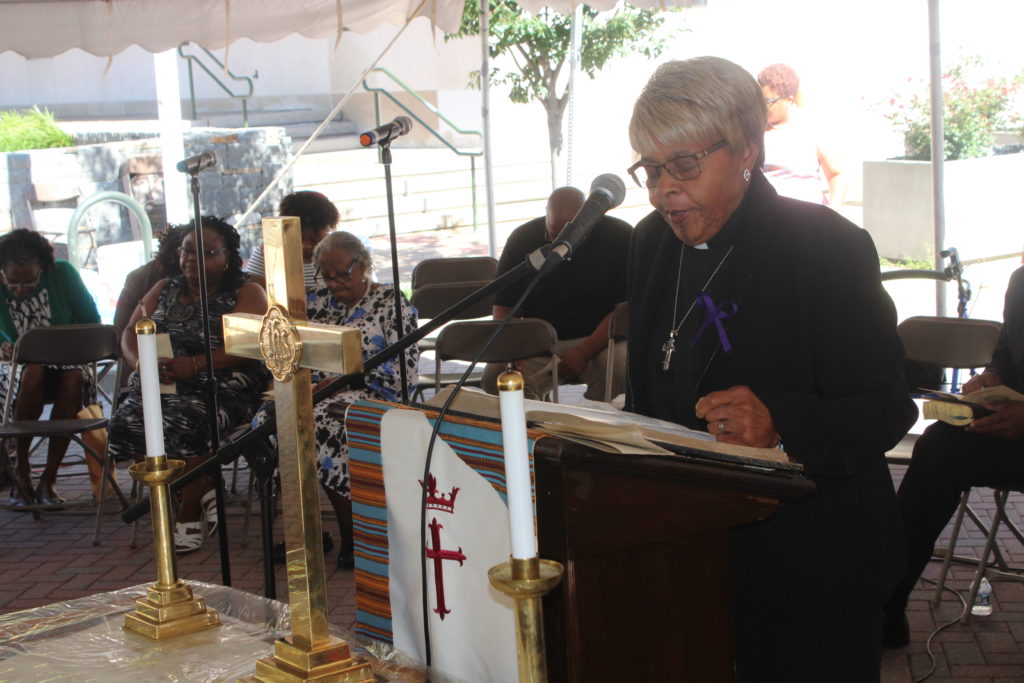 Spencer, who was born during the period of enslavement in Kent County Maryland, was set free when his so-called master died, and he then moved to Wilmington.  The account of the Union Church of Africans, which is quite extensive and deserving to be widely told, began in 1805 in the Asbury Methodist Episcopal Church.  Spencer and abut 40 people left Asbury, a predominantly white church, to start the Ezion Methodist Episcopal Church, but remained associated with the Methodist Episcopal denomination until it became clear in 1812 that the congregation of African Americans would not be allowed to select their own preachers or trustee leaders.  With a series of moves towards independence, in 1813 “by the first week of September, …the Union Church of African Members was fully organized with due forms and ceremonies.”

Also worthy of note was the beginning of a festival in Wilmington by, for, and with African Americans in 1814 called the Big Quarterly, which brought people of African descent together in a sense of solidarity and freedom one weekend annually. The event kind of made Wilmington a mecca, a hub and place of pilgrimage, for African American religious freedom.  As abolitionist movements increased, so did the Big Quarterly in Wilmington until thousands were in attendance, quite an achievement for the 1800s.  The Big Quarterly, generally known as “August Quarterly” still lives on and has continuously since its inauguration in 1814.

Today, the Union Church of African Members is represented by our church, the Mother African Union Church in Wilmington, Delaware.  Our congregation worshipped at the 8th and French Street location in Wilmington, which was the site of both the church and the Big Quarterly festival meetings.  We remained at that location for 156 years until 1969 when we moved from our historic location and building to make way for the city’s urban renewal plans.

The significance of the Mother African Union Church and the Big Quarterly has a correlation with growth and development of the Underground Railroad.  In fact historian Dr. Lewis Baldwin has said, “abolitionists and Underground Railroad conductors of the stature of Harriett Tubman and Thomas Garrett were often in the Wilmington area (for the Big Quarterly) to assist enslaved men and women who wanted to escape.  The Mother African Union Church, always the focal point of Big Quarterly, became a kind of gateway to freedom.”

Today, the Mother African Union Church has adopted as part of its mission to remember and reclaim the heritage of Peter Spencer, the Union Church of African Members, and the Big Quarterly, particularly as it relates generally to African American history, tradition, and culture in the nation.

11 For the grace of God has appeared that offers salvation to all people. 12 It teaches us to say “No” to ungodliness and worldly passions, and to live self-controlled, upright and godly lives in this present age, 13 while we wait for the blessed hope—the appearing of the Glory of our great God and Savior, Jesus Christ, 14 who gave Himself for us to redeem us from all wickedness and to purify for Himself a people that are His very own, eager to do what is good.

He (Jesus) told them, “The harvest is plentiful, but the workers are few. Ask the Lord of the Harvest, therefore, to send out workers into His harvest field.